Women are making a high contribution to the power and water industries as reflected by the winners of the 2017 African Utility Week Industry Awards that were announced at the CTICC in Cape Town.

Three of the awards, namely Lifetime Achievement, Outstanding Contribution to Power as well as Young Energy Leader Award, were won by women. 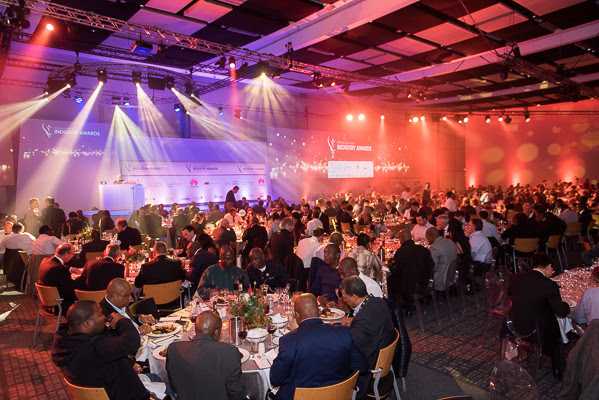 The complete list of winners of the African Utility Week Industry Awards:

Aldwych International has been involved in various independent power projects on the African continent.

“I first went to Africa in 1998 and I have never left; so I have almost 20 years of working in the independent power sector in Africa,” says Tarnoy.

“I won’t say that it wasn’t a struggle in the beginning, it was. There was a lot of education to be done about how private companies could contribute to the economies of the countries in which they were working by providing sustainable power at an affordable price. That is still what we aim to do today. The difference today is that we are seeing more and more people coming into the market.”

Helen has been a passionate devotee to the African power market since her first contact with it in the mid-1990s. Her first major success was to lead the recovery and eventual success of the Songas Gas to Power Project in Tanzania. Following on the success of the Songas Project, Helen actively participated in all phases of several other AES successes in Africa including the acquisition and successful construction of the Ebute Power Project in Lagos, the privatisation and early operation of the Kelvin Power Plant in Johannesburg and the acquisition of a majority position in the Sonel vertically integrated utility in Cameroon.

“It is a great honour to win this award,” said an overjoyed Eng. Gichuki on Wednesday evening. He continued: “this is meant for my staff. It is this dedicated team that has made this happen. I look forward to continue to work with them every day in order to make a difference in people’s lives.”

“Women must aim to be the best they can be, because at the end of the day, the best multi-tasker is a woman.”

“In order for us to create change, when we say water for all and we say ‘sanitation is a right’ it cannot be done without women. So women must rise up and begin to speak.”

Abeb Kahsay, Executive Officer of EEP received this very prestigious award for the company: “It is an honour to be here and hold this award. It is a sign of the success of what we have achieved so far. It will strengthen us for the future to work even harder to serve our people so that we can address the problems of the community.”

Ethiopia strives to be the hub of renewably sourced energy in the region and beyond. Ethiopian Electric Power is instrumental to this ambitious plan. EEP is a sole provider of bulk electricity to users, mainly to the Ethiopian Electric Utility; direct industrial customers; and exports to neighbouring countries. Djibouti and the Sudan are connected to Ethiopia by a high-voltage power line.

EEP operates and maintains more than 12 hydropower and three wind power plants distributed in different parts of the country with installed capacity of more than 4290MW, including the Gibe III plant (1870MW). There are two major hydropower projects under construction, namely the Grand Ethiopian Renaissance Dam (6000MW) and GenaleDawa 3 (254MW).

Water Utility of the Year
Winner:
Lilongwe Water Board, Malawi

“We have made a lot of improvements and innovations in the last couple of years and this has made a difference in how we deliver our service in Lilongwe, the capital of Malawi.”

“This award is for all the employees of Lilongwe Water Board who really took to the new institutional direction and approach that we had to take before we could produce results.” 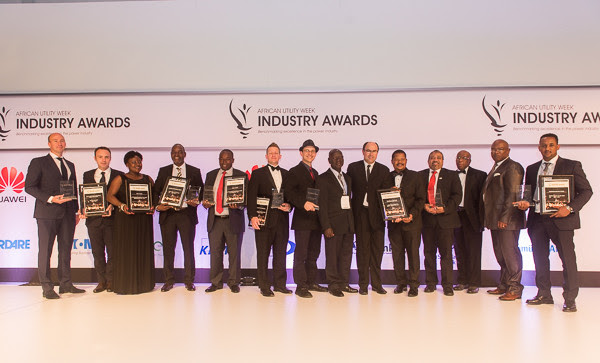 “This is the second time we have won an award here, the first time we won for Community Project of the Year, now we are recognised for being the best Large Scale Renewable Energy Project. With CSP being a renewable project with some storage makes it a reliable load following operator, so it gives the best of both worlds which is fantastic. For Bokpoort it is just amazing to be the pioneer of, what I think, a revolution in the solar industry.”

“It is a great honour for us to be recognised amongst all our peers across the continent. There are not many small scale projects such as ours around in South Africa so we sometimes feel a little bit on our own. We do our best to try and keep the standard high so for me and my team this is great encouragement that we are going in the right direction”

This is according to Anton-Louis Olivier, Stortemelk Hydro Managing Director.

“What is really unique about Solar Turtle are the safety features for women working in high crime rate areas such as informal settlements, rural communities or war-torn countries of the world. That is what we are really hoping to achieve. Not just making examples for the next generation of women to follow, but doing it safely.”

“This is really a great achievement by a large, multi-disciplinary team and we are very proud of this award,” said a delighted Maarten van der Horst, Director and Chief Business Development for power and gas investments at ENGIEAfrica, after receiving the award.

“We are also very grateful and proud of the engagement we received from the local community and from the national government. At the moment the construction is very much underway, the financial close took place in May 2016 and the construction is on track within the timelines and COD is anticipated at the end of 2018. We are making every effort to deliver and stick to that timeline.”

“We all have a duty to respond to Africa’s pressing energy deficit. Renewable energy together with innovative business models are at the core of the solution. By giving me this award you are proving that I was right in the path that I chose eight years ago. I am grateful for your trust, especially as a woman entrepreneur.”

“I want to thank all those who have believed in my quest to extend electricity access to off-grid communities, especially in the Waste-2-Watt (W2W) Project. And for all the young people out there, let’s keep being the agents for change in our communities.”