The international news media’s reaction to the public disclosure of South African president Jacob Zuma’s decision to step down has seen the country draw unprecedented levels of exposure.

According to global media monitoring firm Meltwater, in the last 24 hours, over 20 000 articles covering the story have been published across the world.

Interestingly, the United States has seen close to triple the number of news stories published than that of South Africa itself, a third of which forecast the appointment of Cyril Ramaphosa as the Republic’s new president, a factor that may have be contributed toward a strengthening Rand in recent hours.

“Speculation over whether president Zuma will step down has dominated headlines for weeks, and the information vacuum created by the presidential communications strategy has led even established journalists and sources to be duped by fake news and rumours. The massive online response we’ve seen is no doubt in part owing to both the media and public’s relief that they finally have some idea whose political program the country will be following. We now wait in anticipation of the postponed #SONA Address this Friday, and more importantly, the budget speech to be delivered on the 21st February,” adds Matthew Barclay, Meltwater Area Director for Africa. 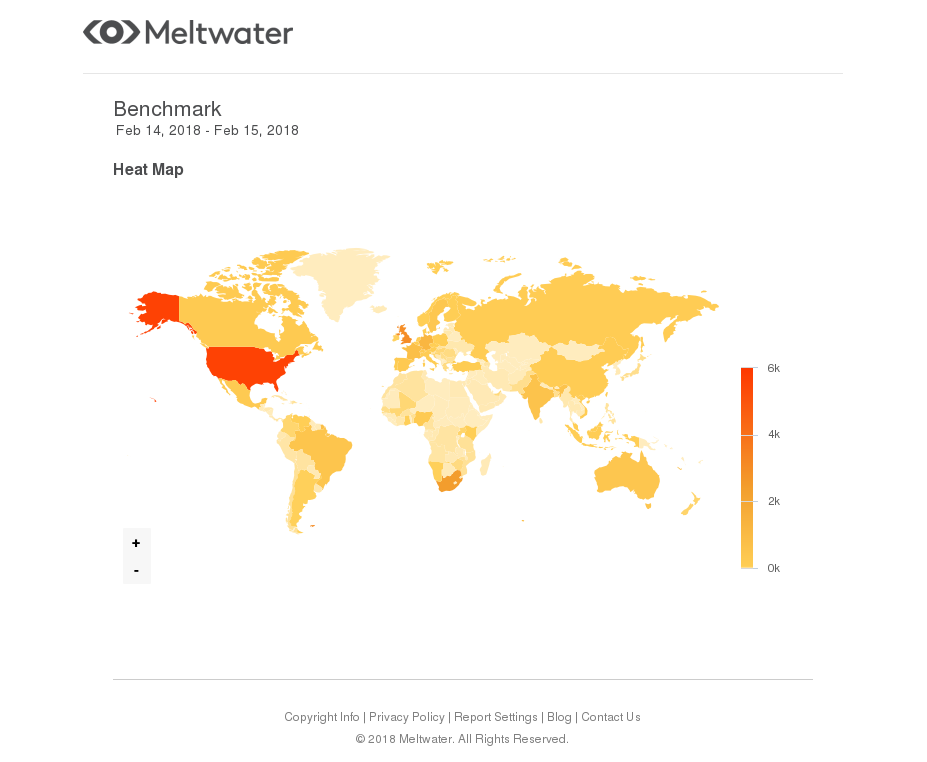 Unsurprisingly, social media was alight with commentary on Zuma’s departure, which saw the hashtag “#Zexit” emerge in reference to the president’s decision to relinquish power. At the time of writing, there had been over 180 000 social media mentions globally in connection to President Zuma since the news broke, and according to Meltwater, the trend showed no indication of slowing down. 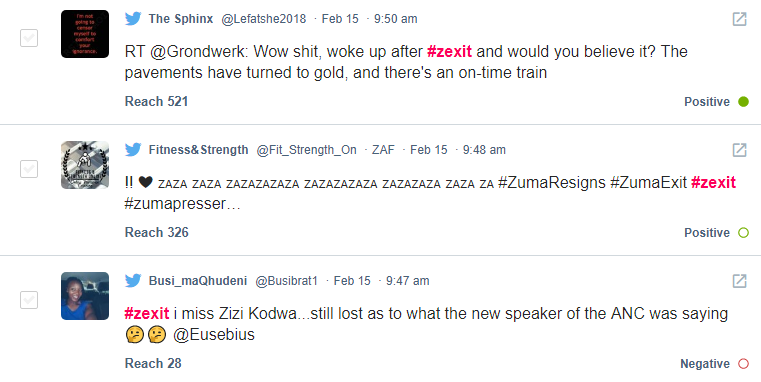 Sentiment toward the news across social media saw a significant spike in language steeped in negative tone (47% of total conversations), suggesting most people displayed anger toward president’s Zuma’s legacy, rather than rejoicing at his decision to step-down.

Prominent discussion points included predictions of the presidential announcement expected to be made on 15 February 2018; opinions on Former President Zuma’s resignation broadcast; a celebration of new beginnings; references to comedian Trevor Noah’s past stand-up show covering the Guptas and Jacob Zuma; a proposal to recall certain ANC officials deemed to be affiliated with Zuma, such as Des Van Rooyen and Lynne Brown; as well as questions concerning land distribution under the prospective ANC leadership.